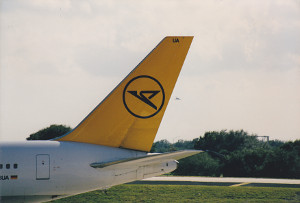 born 1951 in Winderatt near Flensburg.
Married, one daughter.

Then Düsseldorf Tower and Radar.
Thereafter with Rhine Control at Frankfurt
in preparation of the setup of Karlsruhe UAC.
Til 1992 Karlsruhe UAC.

From end 1973 until mid 2004 work as air traffic controller.
First theoretical education at the ATC-School in Munich, then 2 years practical training as radar-controller at Bremen ACC.